Makeup isn’t necessarily the first thing we associate with Grace Kelly, or even with Grace Kelly’s beauty. Actually, in the grand scheme of Grace Kellyness, her makeup probably ranks around… 153 in terms of the interesting things about her.

And when you stop to think about it, Grace Kelly’s makeup really is wonderful simply for the reason that it doesn’t call attention to itself. This is true during her career as an actress, and all the more true during her time as Princess of Monaco—and it’s all the more true when you consider her daytime look. She had to be polished enough for whatever princessing might throw at her, yet simple enough not to look like she was about to step on stage at any moment.

Styles have changed, of course, but the perfect no-makeup makeup is always in style. So let’s take a page from Grace’s book and break down how exactly we can mimic the same relaxed glamour in a way that doesn’t look too costume-y today.

Grace Kelly’s makeup doesn’t call attention to itself: yet it’s definitely there, enhancing her beauty. Not too shabby a goal if you’re looking for a good daytime look.

One thing you won’t notice in any photos of her, though, is heavy foundation or powder. It’s definitely there—particularly in professionally shot portraits, even Grace Kelly would have looked impossibly shiny and blotchy without it. However, it’s applied with a light touch.

Notice, as well, that it perfectly matches her skin, even given how pale she was. There are certainly pictures of Grace Kelly with a tan (double the glamour), but faking a tan wasn’t really up her alley. Ditch the bronzer: go instead for foundation with light-to-medium coverage as your base. No contouring here. Instead, embrace your natural bone structure and perfect your natural skin tone. All you’ll need to do, when you’ve applied absolutely everything else, is to finish it off with some translucent powder. 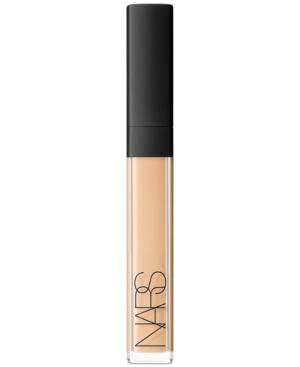 What is “absolutely everything else?” Blush (or as Grace might have called it, blusher), applied with a big brush and a light hand, over the parts of your face where you naturally blush. If you’re not sure where this is, go jog around the block, then take a look in the mirror. Now take a selfie that you’ll never post anywhere, ever. When you’re out shopping for blush, that’s the color you want to match.

A quick caveat: pale pinks and peaches work well if you’re naturally as pale as Grace. These are also the women most likely to turn purple when running around the block (myself included), and that’s not really our best look. 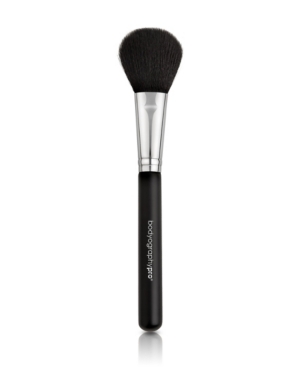 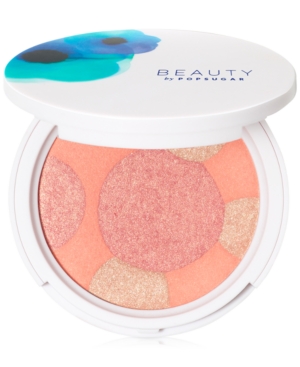 Then, in the words of Lorelai Gilmore, smash yourself with a powder puff and get out of here. Because we’re moving on to…

Daytime eyeliner is a hard look to pull off. There, I said it.

With patience and a light hand…I’ll give it a yes.

The thing is that it’s usually not done well, because most of us don’t have time to be professionally styled before we leave the house in the morning (if you do, maybe reconsider your priorities)? But take the time to get it right, and a little eyeliner will polish off your look for work or even for the weekend.

Grace was no stranger to liquid liner, but it wasn’t really her thing to wear it with her more natural looks. Instead, a lightly applied brown eye pencil was more her thing. If you’re naturally on the brunette end of the spectrum, permission granted to use black (yes, even during the day).

Now, the kicker: if daytime eyeliner is hard to pull off, daytime eyeshadow is doubly so. Grace did wear it, sure …but unless you’re actually going into a photo shoot, avoid anything but primer on your eyelids (to be applied before the liner). It’s easy enough to slip a compact into your purse to transition to evening.

Finally, if you’re normally a Liza Minnelli type trying out a new look, ditch those false eyelashes. Break out the mascara instead: one coat, in whatever shade your eyeliner is. 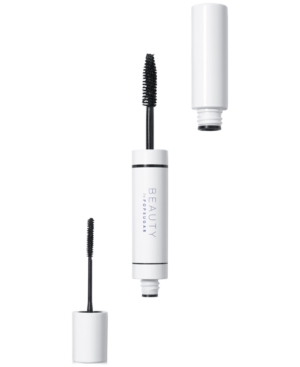 If your grandmother ever gave you makeup advice, she most likely told you to use color on either your lips or your eyes. That’s pretty much the axiom Grace used for her daytime makeup, too.

No heavy eyeshadow means that there’s plenty of room for experimentation with the lips. However, Grace tended to stay within a shade or two of her natural color (or what we can assume was her natural color) with pale, but not too pale, pinks and peaches.

And, because it was the ’50s, lipliner in the exact shade of the lipstick finishes off this look, keeping it all carefully contoured. I’d suggest applying this after your lipstick, though, or when your lipstick wears off, you’re going to be left with a drawn-on pink ring around your mouth. 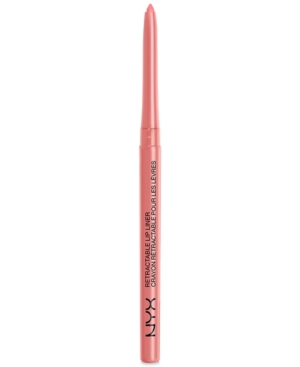 Grace Kelly’s daytime style was all about no-makeup makeup. While it’s not for everyone, a lot of women will find this style perfect for everyday. Make it less formal by ditching the liners (eye and lip), or more formal by transitioning into slightly darker tones (eye OR lip).

And when it’s after six, seriously consider transitioning to Grace’s evening makeup look (more on this coming soon!). Because, as she almost certainly never said, what are you, a farmer?

Disclosure: Some of the links on this page are affiliate links meaning, at no extra cost to you, we receive a commission when you purchase them. Classic Fashion Icons is committed to only recommending high-quality products we love–and that our stars would, too!